In case you missed it, Toyota’s hydrogen-fueled Mirai road-tripped across Europe for the past year and a half. What began with a trip from Denmark to Italy in July of 2016 has become a series of transcontinental treks, demonstrating the tremendous commitment Europe has made toward fueling the cars of the future. The European network of hydrogen fueling stations has continued to expand, and technology enthusiasts as well as environmentally conscious motorists have begun paying close attention to the great distances the Mirai can travel. According to the European Alternative Fuels Observatory, there are 82 operational hydrogen filling stations across the continent as of March 2018.

Haskel hosted one of the mobile refueling stations that were a part of the 2018 Toyota hydrogen road trip. The refueling unit, built by Fuel Cell Systems, was stationed at Haskel’s Sunderland headquarters. This unit uses multiple Haskel air-driven gas boosters to achieve necessary compression. Haskel, a longtime supplier of high-pressure solutions, has been investing heavily in the hydrogen market for close to 15 years and is proud to be a leader in hydrogen compression, handling and storage. 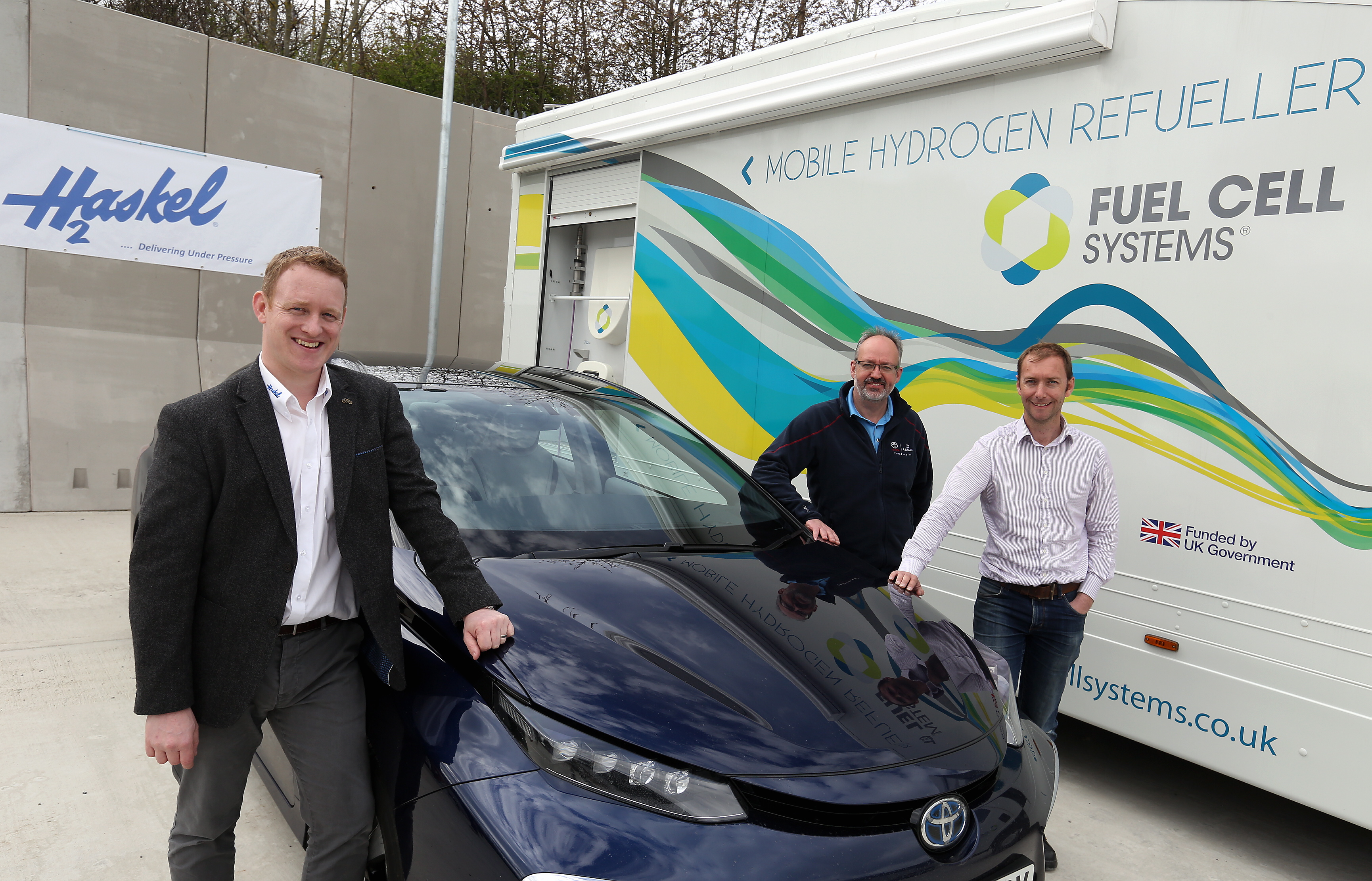 The release of the Toyota Mirai, which first launched in Japan in 2014, is one of the many exciting steps taken in the ever-expanding hydrogen market. Haskel has not only focused on solutions for fuel cell vehicles but is looking at the market as a whole. With experienced team members leading the charge and engineers devoted exclusively to hydrogen-focused R&D, Haskel has air- and hydraulic-driven gas boosters, fully packaged systems, valves and system components designed to bring innovation to the hydrogen market.

Toyota’s first European hydrogen road trip, as stated on fuelcellworks.com, “proved without a doubt that a long-distance journey in Europe in a hydrogen car is perfectly possible,” and Haskel is thrilled to have had the opportunity to further prove this point in 2018.