What can Europe and North America learn from Asia’s rollout of hydrogen refuelling infrastructure?

Of the 685 stations in operation around the world at the end of 2021, more than half (363) were found in Asia. This impressive statistic begs the question: Why is Asia so far ahead of other regions when it comes to rolling out its hydrogen refuelling infrastructure, and what can Europe and North America learn from the success of the region’s rollout?

Japan boasted the highest number of operational hydrogen stations of any Asian country at the end of last year, with 159. Japan launched its Basic Hydrogen Strategy as far back as 2017 and is aiming to be the world’s first “hydrogen society”. In 2019, the country targeted 320 new stations by 2025 in its Strategic Roadmap for Hydrogen and Fuel Cells, and 900 more by 2030 as part of its growth strategy.

As the Center for Strategic & International Studies puts it, the “development of hydrogen supply chains is a major agenda” in Japan, and the scale and seriousness of its approach to hydrogen sets the country apart from its Western competitors. 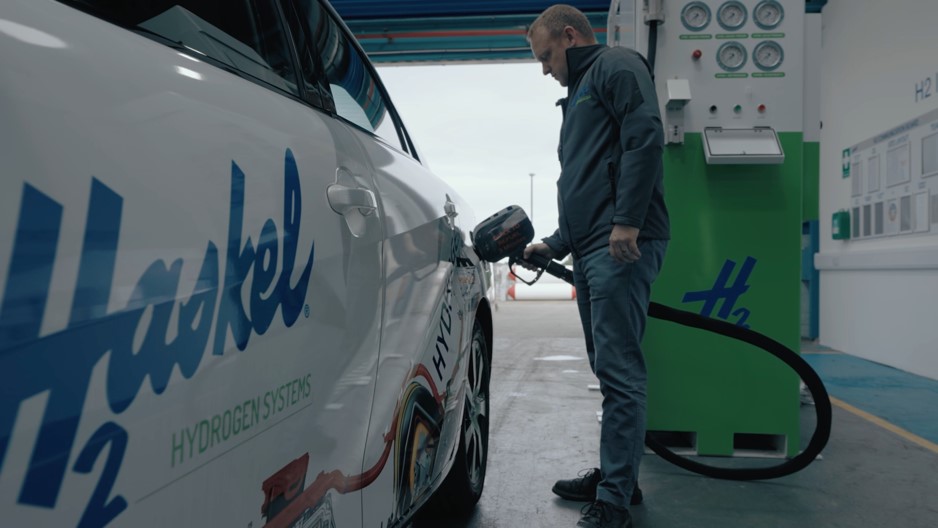 Policy and investment are where Asia is leading the way compared with other regions, and not just in Japan.

South Korea announced its Hydrogen Economy Roadmap in 2019, with the intention to create 81,000 hydrogen-powered cars by 2022 and 100,00 by 2025. According to the South Korean Ministry of Transport, the twelve hydrogen filling stations currently in operation on the country’s motorways is set to increase to 43 in 2022 and climb to at least 52 in 2023. South Korea has the third largest public investment in hydrogen after Germany and Japan.

China’s interest in hydrogen transportation began in the early 2000s when policymakers identified the alternative technology as a solution to the increase in fuel imports and the rise in air pollution in cities caused by the burgeoning car market. Towards the end of the 13th Five-Year Plan (2016-2020) in 2019, the country increased its R&D investment into hydrogen technology sixfold to more than $600 million.

Sinopec, the state giant, aims to build 1,000 hydrogen refuelling stations by 2025 during the 14th Five-Year Plan (2021-2025). In the Plan, China confirms that it wants to establish hydrogen and energy storage as “new strategic industries”. There were 105 hydrogen stations in operation in China by the end of 2021, with 22 added recently.

Progress patchy in other regions

It should be noted that Europe is making efforts to catch up with the rapid pace of the infrastructure rollout set by Asia. For example, Philips 66 and H2 Energy Europe have just announced their intention to build 250 hydrogen stations in Germany, Austria and Denmark by 2026. The British/Swiss partnership is targeting a retail network combining hydrogen supply, refuelling logistics and vehicle supply.

North America, however, continues to lack a refuelling network outside of California and Hawaii. The US government is aiming for 200 stations to be operational in California by 2025 and 1,000 by 2030, but there’s no sign of a national strategy for the moment. Canada, meanwhile, has just seven operating stations.

It’s clear from this survey of the rollout of hydrogen refuelling infrastructure worldwide that Europe and North America can learn a lot from Asia’s lead.

The Institute for Prosperity has warned that more government investment is needed if the UK isn’t to fall behind other countries. It contrasts the £9 billion of support set aside by Germany for the development of its hydrogen economy with the £250 million made available for fuel cells by the UK.

Stephen Learney, Haskel’s Vice President and General Manager, made the same point in his interview with the Daily Express when he described the situation in the UK as “chicken and egg”. He emphasised the inextricable relationship that exists between hydrogen-powered vehicles and refuelling stations. There are only 300 hydrogen-powered vehicles in the UK at the moment; contrast that with Japan, which has 4,000.

“We can build refuelling stations,” Stephen explained, “but if you don’t have the vehicles, it’s a challenge. No matter what you’re looking at, that infrastructure investment is significant. It’s about security. You need to give people that confidence that they can go out and not run out of fuel.”

Although industry has a role to play in developing hydrogen infrastructure and hydrogen-powered vehicles, it can’t afford to do so without the confidence and the vision that can only be provided by governments, policymakers and sustained strategic investment.