SUNDERLAND, U.K. – April 6, 2021 – Haskel’s Hydrogen Systems Group, a business of the Precision and Science Technologies Segment at Ingersoll Rand Inc. (NYSE:IR), and Hiringa Energy, the first company in New Zealand dedicated to the supply of green hydrogen, are pleased to announce the inaugural fuelling at its newly deployed hydrogen refuelling station in Rolleston, New Zealand.

The collaboration between Haskel and Hiringa is a key advancement in New Zealand’s initiatives for zero emission transport solutions. 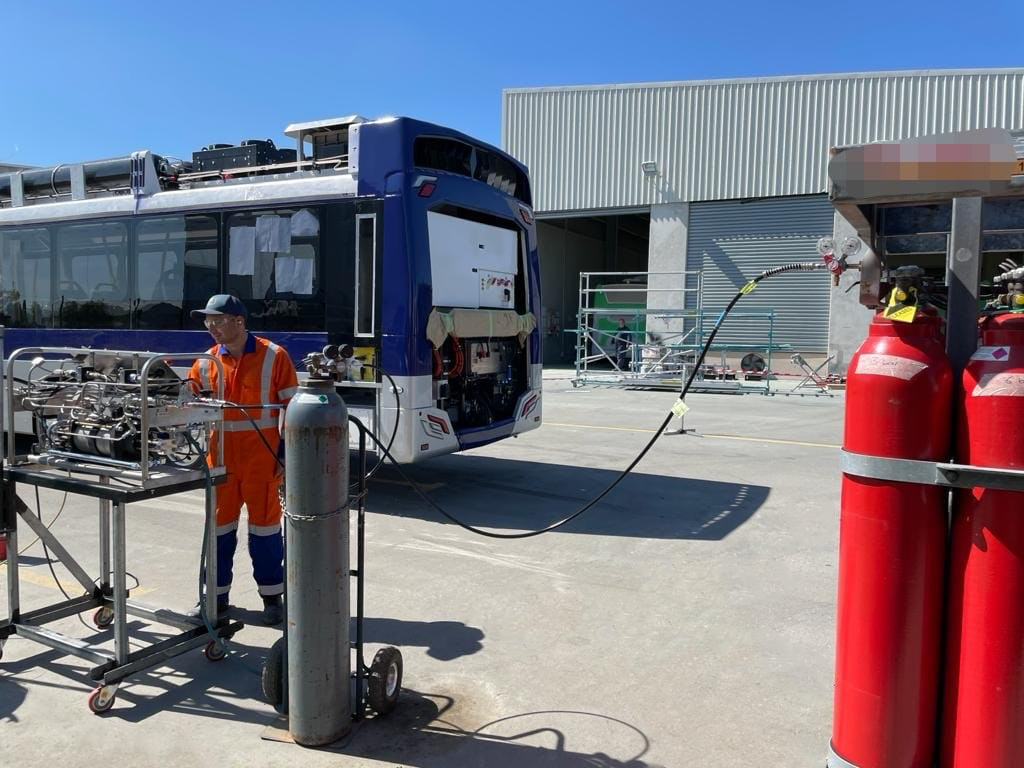 Stephen Learney, general manager of Haskel, states, “We are proud to be part of a trifecta in a world-leading move toward hydrogen mobility. New Zealand is a first-mover, committing to building out the hydrogen refuelling infrastructure in 2021 through this partnership between Hiringa and Haskel Hydrogen Solutions.”

Hiringa’s Chief Technology Officer, Dan Kahn states, “This is a great way to kick off 2021, and a significant milestone for commercial hydrogen refuelling across New Zealand. It is a great opportunity to collaborate with industry leaders in hydrogen infrastructure and vehicle manufacturing.”

Haskel’s support on this project furthers Hiringa’s work to establish one of the world’s first nationwide hydrogen refuelling networks, coming online in New Zealand throughout 2021. Paul Peverley, Haskel’s Sales Director for Australia and New Zealand says “partnering with a skilled operator like Hiringa allows us to introduce Haskel’s industry leading products to hydrogen refuelling opportunities in a rapidly advancing region.”

At this newly completed station, Haskel’s hydrogen compression system will support the fuelling of buses and trucks up to 350 bar working pressure. The system’s and station’s capabilities demonstrate the viability and availability of hydrogen refuelling throughout New Zealand.

Haskel Hydrogen Systems has previously delivered and installed multiple hydrogen systems globally that have been built to fit the needs of the regions they are serving. The group anticipates increased system deployment in 2021. Learn more about Haskel’s hydrogen refuelling infrastructure capabilities for both large and small scale fleets:

Haskel, a brand of Ingersoll Rand, is the high-pressure solution provider for critical applications in hydrogen, aviation, defense and aerospace, oil and gas, and other industries. With nearly 75 years of expertise, Haskel’s leadership in the market is built on a reputation of safety, reliability, and the highest quality. Ingersoll Rand (NYSE:IR), is a global leader in mission-critical flow creation and industrial technologies.

Established in 2016, Hiringa Energy is the first company in New Zealand dedicated to the supply of green hydrogen, and providing zero-emission solutions for industry, the public sector, and transport operators. The Hiringa team are a passionate group of highly experienced energy, infrastructure and hydrogen technology professionals. Together with partners, Hiringa is developing one of the world’s first nation-wide hydrogen refuelling networks in New Zealand. Hiringa is also partnering with industry and regions to develop high impact industrial scale green hydrogen projects.