The project will focus on the design and construction of the first H2 refuelling station in Western Australia (WA), which will be led by Haskel, and will support ATCO’s and Fortescue’s fleet of Toyota Mirais, hydrogen fuel cell powered vehicles that produce no emissions other than pure water. The station will be located at ATCO’s Jandakot depot and will utilise the green hydrogen produced by their Clean Energy Innovation Hub. The Clean Energy Innovation Hub has been generating green hydrogen for over a year, and with this project will expand into providing green hydrogen for transport. This is a major next step in Western Australia’s hydrogen infrastructure, and Haskel Hydrogen Systems is proud to support ATCO and Fortescue in this endeavour.

Kapz Malhotra, General Manager Business Development ATCO Gas Division praised Haskel for their technologically advanced product and said that it was their innovative spirit that made them stand out.

“When we first met with the team at Haskel, they quickly understood the scope of what ATCO and Fortescue were looking to achieve in the long term and offered the best product technically, backed with outstanding customer service, which made them the obvious choice as a supplier for our hydrogen refueller,” Kapz said. 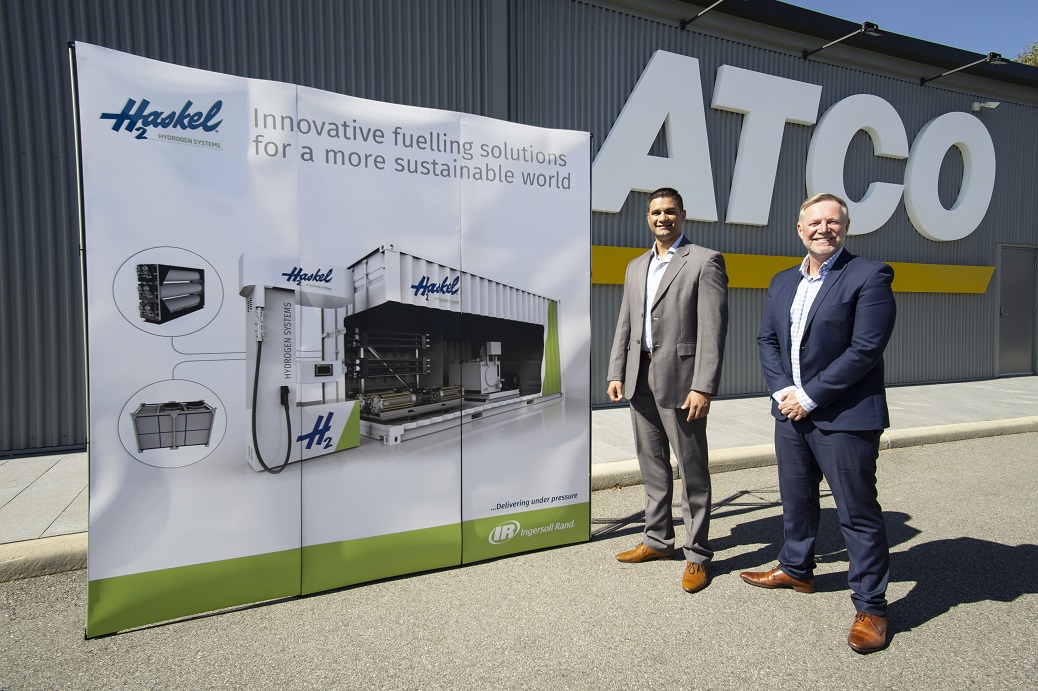 “Haskel’s innovative products, matched with the hydrogen expertise at ATCO and Fortescue will help us realise our next goal of utilising green hydrogen to expedite the transition to net-zero emissions globally through supporting the next generation of zero-emission transport.”

Paul Peverley, Haskel Hydrogen Systems Sales Director in Australia and New Zealand, shares Malhotra’s excitement for the project and looks forward to the partnership between the companies. “We are excited to be working with ATCO. They are a great team and this project opens both of our companies up to major opportunities to expand on the solid foundations and relationships we have built for a seamless execution of this initial project,” stated Peverley.

Learn more about Haskel’s hydrogen-refueling and the innovation we’re driving toward in hydrogen refuelling.

This document has been edited with the free version of the instant HTML converter. Try it here and use it every time for your projects.