In the wake of COP26, which countries are leading in hydrogen transport adoption?

In the run-up to COP26, the eyes of the world were fixed on Glasgow in the hope that the event would deliver meaningful progress and binding emissions-reduction commitments from the countries attending. This year has seen climate change move itself definitively onto the news agenda just as alternatives to fossil fuels have increasingly come to the fore.

Hydrogen is one of those alternative power sources, capable of increasing the UK’s energy security, creating hundreds of thousands of high-skilled jobs, driving progress towards net zero and improving air quality in towns and cities.

The last point is sometimes underappreciated as hydrogen’s ability to decarbonise our transport networks is huge. Transportation is responsible for 24 per cent of global direct CO2 emissions from petrol and diesel combustion processes, so eliminating those emissions via the adoption of hydrogen-powered fuel cell electric vehicles (FCEVs), in addition to electric and other hybrid solutions, will be crucial to the world achieving its climate change targets.

Hydrogen take-up around the world

There are more than 228 hydrogen projects now active worldwide, with 85 per cent of global projects originating from Europe, Asia, and Australia, with activity in the Americas, the Middle East and North Africa also picking up pace. In terms of the number of announced hydrogen projects, Europe is the global leader, with Australia, Japan, Korea, China and the USA following as additional hubs. Fifty-five per cent of all announced projects are located in Europe.

Since Europe is establishing itself as the hydrogen leader, followed by Australia (along with south-east Asia), this article examines developments in these two regions in more detail, focusing on funding and investment, as well as existing and proposed projects seeking to make hydrogen-powered mobility a reality. 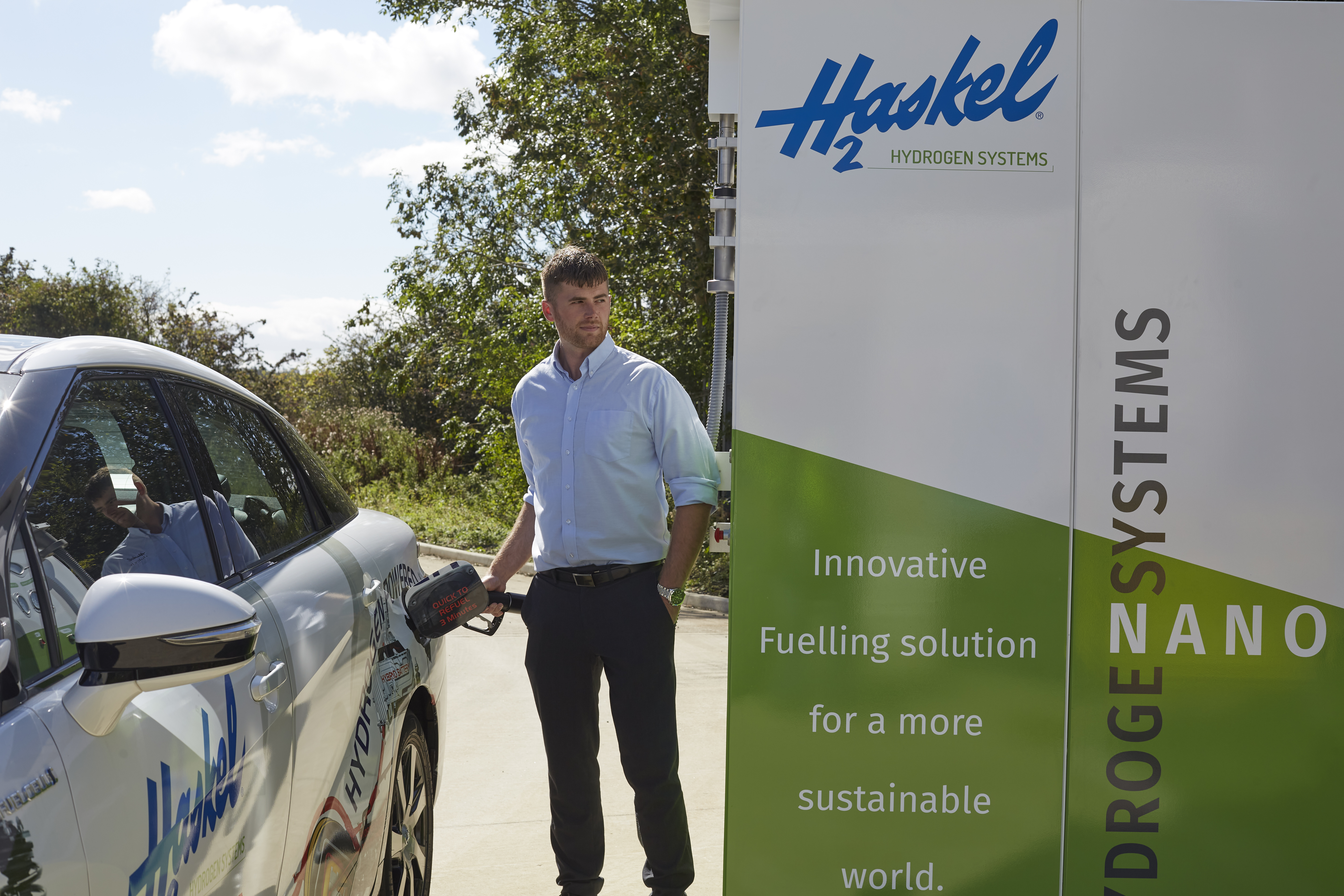 The European Green Deal will stimulate €260bn of public/private investment across the hydrogen economy, and has identified hydrogen and zero-emission mobility as priority targets. The deal includes all modes of transport in the hope of accelerating the shift to sustainable mobility.

Based on mid-case scenarios sourced from the Fuel Cells and Hydrogen Joint Undertaking’s Opportunities for Hydrogen Energy Technologies Considering the National Energy & Climate Plans,individual European countries’ targets and estimates for hydrogen refueling station installations for road transport predict a hydrogen refueling station market potential of €8bn until 2030. Front runners like Germany, France and the Netherlands published their hydrogen strategies last year and already have tens of hydrogen stations in operation. Close behind come Spain, Portugal, Italy, Sweden and the UK, who have published, or are due to publish, national hydrogen plans, have a handful of stations in operation and hundreds planned by 2030. All of these countries will ban the sale of new petrol or diesel cars by 2030 or 2040.

Noteworthy transport projects underway in Europe include H2Accelerate, a collaboration designed to realise hydrogen trucking at a mass-market scale. The partnership comprises truck manufacturers and hydrogen infrastructure providers with the main objective of enabling a commercially viable, pan-European hydrogen trucking system from 2030 onwards.

Australia published its National Hydrogen Strategy in 2019 and has identified hydrogen as a priority low-emissions technology. Producing clean hydrogen under $2 a kilogram is a priority stretch goal in the government’s Low Emission Technology Statement. Each state has a hydrogen plan or strategy in place, and some have a dedicated hydrogen minister.

In New Zealand, Hiringa Energy plans to install eight refuelling stations across the north and south islands from 2022, with a further 16 stations introduced from 2024. As the first company in New Zealand dedicated to the supply of green hydrogen, Hiringa has been developing a hydrogen production and refuelling network to support large-scale refuelling for heavy-duty vehicles.

If we are to reduce and ultimately eliminate transport-related carbon emissions, countries around the world will need to continue embracing hydrogen’s potential for decarbonising road transport, particularly in the long-haul trucking and freight sector. Europe and Australia/New Zealand are currently setting the pace and demonstrating leadership in the installation of refuelling infrastructure, which is a key driver of the adoption of hydrogen-powered transportation. We look forward to other regions showing similar ambition in the years to come.