Supporting the Future of Aerospace: Haskel Teams Up with UBC Rocket Engineering Team

Most college students get to work on some pretty interesting projects, but only a select number of students get to build a rocket that will be sent to space. Students at The University of British Columbia (UBC) are in that select number. Competing in the Base 11 Space Challenge, the UBC Rocket Engineering Design Team is developing a fully operational rocket with hopes of winning the grand prize in December 2020. Needing equipment that would support their rocket development, the team reached out to Haskel for support, and possible sponsorship. Recognizing this as an opportunity to support future engineers, Haskel was more than willing to team up with UBC.

UBC project lead, Simon Bambey shared more insight on the project, the work the team is doing, and why Haskel was their chosen supplier.

Tell us a little bit more about the Base 11 Space Challenge and the rocket you’re developing.

The Base 11 Challenge is a competition for student-led university teams to design, build, and launch a liquid-propelled, single-stage rocket to an altitude of 100 kilometers by December 30, 2021. The grand prize is $1 million to the first team that launches their rocket to the edge of space. Annual competitions and prizes mark milestone achievements throughout the lifetime of the project. A few of those phase-related milestones include initial design of the liquid-fuel rocket and static testing of the engine. The Base 11 Challenge was created in order to propel the growth of STEM (science, technology, engineering, and mathematics) talent among the future workforce, especially women, through education and skill training that is applicable to jobs in aerospace or related industries.

Adhering to the challenge guidelines, our rocket is a single stage rocket propelled by a liquid bi-propellant rocket engine. Our rocket is pressure-fed meaning that the flow of propellant into the engine occurs by maintaining a relatively high pressure in the main propellant tanks. The propellant tank pressure is held constant as the tanks are drained of liquid by constantly supplying them with Helium gas from 5000psi gas tanks.

What’s the latest accomplishment your team has made in the development?

We’re moving quickly through the hot fire stage. We recently had our first engine hot fire and became the first Canadian student team to do so. We quickly completed our second hot fire test after successfully completing the first. Our team is progressing quicker than many of the other teams in the challenge. We’re just one of two teams who have had a successful hot engine fire. We’re all excited about the progress because we’re ambitiously aiming for December 2020, though we know there will be challenges along the way.

How is Haskel supporting the UBC rocket?

For our project to be successful and to pressurize these gas tanks for testing, hot fire tests and eventual launch, we require a boost pump. We were quite interested in working with one of Haskel’s N2/He boost pumps. The internal volume we need to pressurize is up to 0.050m^3. After discussions with Haskel’s technical team, we determined that the AG-50 gas booster was the best fit for our needs. We knew it was likely quite expensive, so we were open to them suggesting a cheaper alternative that would also meet our needs. We weren’t constrained by pressurizing the system especially quickly either, so lower flow rates were acceptable.

I inquired to see if Haskel was interested in supporting us through in-kind sponsorship. I was very excited to hear back from them with a positive and enthusiastic response to sponsoring our rocket. To help show our appreciation for their support, we provide many sponsorship packages that showcase who contributed to the success of our project.

Why did you choose Haskel as your pump supplier?

From the research we did, Haskel was the obvious choice for a quality product. As we learned more about high-pressure helium tanks and how to transfer from lower pressure supplies, Haskel kept coming up as the top result and recommendation. The research was actually backed by a friend of mine. He works at one of the top commercial space exploration companies, and during a conversation about the project I mentioned we were thinking of using Haskel as our gas booster supplier. He told me we couldn’t go wrong with that choice. The company he worked for had previously used Haskel on one of their projects and they had an overwhelmingly positive experience. With that type of recommendation, it was obvious we should partner with Haskel.

How did you get involved with the UBC Rocket Team?

I actually helped start the rocket engineering program at UBC when I transferred engineering schools. The interest started when I watched how SpaceX handled their first failed launch. At that time, I was working a summer job with the same friend who recommended Haskel and we both were very intrigued by how they handled the event. Their openness about the failure and the investigation into it was very interesting, and almost inspiring, from an engineering perspective. We were both attracted to the intricacy of a challenge like a rocket launch. You have one chance to get it right and as engineers that made the challenge even more interesting. 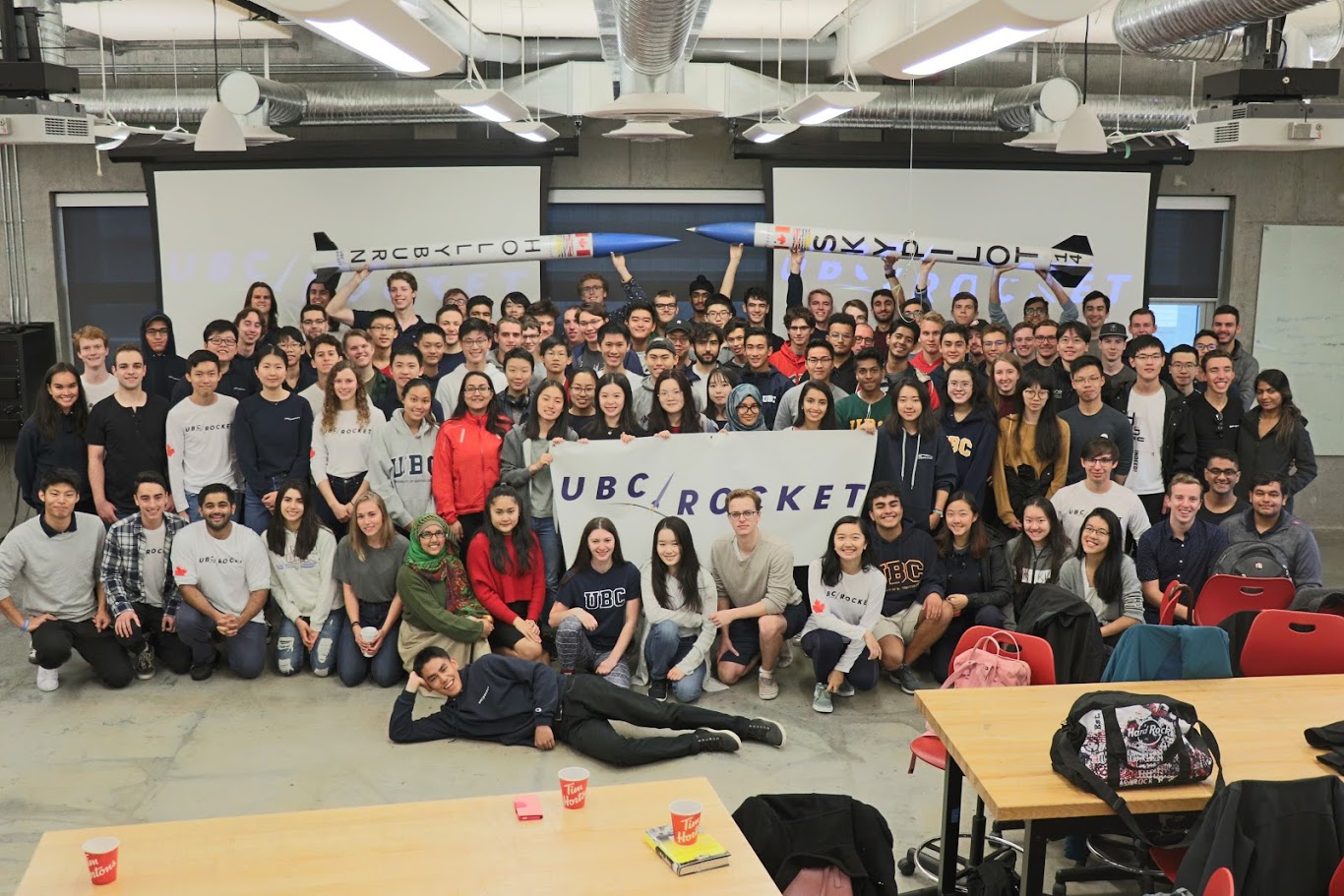 We did some research to learn what opportunities were available for student organizations and found there were a lot. We met with a student team in Victoria, British Columbia and seeing what their team was doing made the passion to bring a team to UBC grow more. We got the support we needed from the school and successfully started the UBC Rocket Engineering Team three years ago.

What’s next in the rocket development?

Next up for the team is the detailed design and manufacturing of the rocket itself. The team will be hosting a Critical Design Review (CDR) early in the year after which the design will be finalized and manufacturing of all components will proceed at a rapid pace. Longer lead time parts of the rocket have already been designed and are currently being manufactured and tested to ensure that the project timeline stays on track. As the rocket comes together, more and more integrated tests will take place, eventually culminating in a static test fire of the rocket to qualify it for launch. Many challenges remain to be conquered between now and then, both on the technical side and with acquiring all necessary launch approvals, but the team is full steam ahead and optimistic that a launch to space is not too far away.

Follow our UBC Rocket Team series to stay up to date with the progress of their rocket and the latest news in the Base 11 Challenge. We’ll be sharing updates from the team!